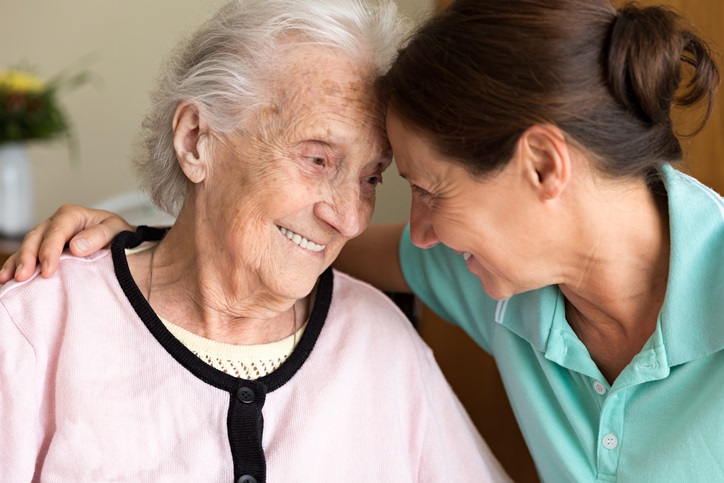 Alzheimer’s disease (AD) was first described in 1907 by Aloysius Alzheimer who was caring for patients at a state psychiatric hospital in Frankfurt, Germany. He depicted a patient as having severely impaired memory, trouble with reading and writing, the inability to understand basic questions, and the loss of recognition of everyday objects. Alzheimer used histological silver staining to examine the patient’s brain postmortem. He identified neuritic plaques, neurofibrillary tangles, and amyloid antipathy, which have become hallmarks of the disease. Just four years later, the medical community in Europe and the United States embraced the term “Alzheimer’s disease” to describe such patients.  It is estimated that AD may cause 50-60% of the ~50 million cases of dementia reported globally.

The human brain is made of billions of neurons which transport electrochemical signals to allow a person to function normally. Astrocytes and microglia function as maintenance cells to repair and clear cellular debris from neurons. Neuronal damage occurs when amyloid plaques and neuronal tangles are caused by the accumulation of two biomarkers – beta amyloid (Ab) and (microtubule-associated protein) tau. Neuronal tangles damage nerves, and amyloid plaques impede neuronal communication. Lack of blood flow to the brain resulting in reduced provision of glucose may also play a part in disease progression. These changes are also seen in the hippocampus part of brain impacting learning and memory function. The described cellular changes may start years or even decades prior to the affected individual showing any symptoms of dementia.

In the 1980s, an important tool for the clinician was the neuropsychological evaluation for AD and related conditions, which focused on cognitive and behavioral changes in the patient. Recently, the neuropsychological exam is being supplemented by biomarker and genetic testing. The apolipoprotein E (APOE) protein has an impact on the risk for late-onset AD (LOAD). APOE is involved in lipid transportation and metabolism and has three isoforms – e2, e3, e4.  e4 is associated with an increased risk for LOAD. However, approximately 25-40% of those with Alzheimer’s disease lack the APOE4 variant. Genetic testing is available for the APOE gene even though it has low sensitivity and predictive value as a stand-alone test.  Interestingly, the FDA approved APOE genetic testing by direct to consumer (DTC) laboratories in 2017, which may be ordered by customers with no healthcare provider pre-test or post-test counseling. This contrasts with the American College of Medical Genetics and Genomics, and the National Society of Genetic Counselors policy statement which reports DTC testing for APOE is not advised.  APOE genetic testing is also offered by many clinical labs that only receive specimens from healthcare providers.

The tau protein has a critical role in neuronal structure and function. Hyperphosphorylated tau (p-tau) causes the protein to be insoluble, creating neurofibrillary tangles. Both total tau and soluble p-tau181 (tau phosphorylated at threonine 181) are elevated in cerebrospinal fluid (CSF), even years prior to the symptom onset. Some studies suggest that tau phosphorylated at threonine 217 (p-tau217) may be a more accurate CSF biomarker for AD. Like tau protein isoforms, Ab is another informative biomarker for AD, which indicates amyloid plaque formation in the brain. Specifically, Ab peptides that are 40 and 42 amino acids (Ab40 and Ab42 respectively) can be measured in CSF as a risk factor of AD. However, measuring biomarkers in CSF is invasive, costly, and has limited availability, despite its high accuracy.  Brain imaging (computed tomography, magnetic resonance imaging, or positron emission tomography) may also screen for AD but may have cost or logistical challenges as well. Therefore, a number of tests are being researched and developed in an attempt to validate a blood-based biomarker test for early detection of AD. Although there is no clinically available blood test for tau protein variants, there is a blood test available for Ab.

C2N Diagnostics, a CLIA lab in St. Louis, MO, has a clinical test using peripheral blood for Ab40 and Ab42, in addition to the APOE protein isoforms to screen for AD. The PrecivityAD test uses a proprietary platform of liquid chromatography and mass spectrometry for proteomic analysis. The results are reported as an Amyloid Probability Score:

A Low APS has a sensitivity of 92% and a High APS has a specificity of 77%. Additionally, C2N Diagnostics is also researching a tau-based assay, but it is not currently available. The PrecivityAD test is granted “Breakthrough Device designation” by FDA but is not approved as a stand-alone diagnostic test yet.

Quanterix is another leading company that is digitizing blood biomarker analysis with the goal of advancing precision health. They developed ultra-sensitive SIMOA assays that can detect the presence of antigen at the single molecule level using digital counting technology. Currently, the potential of utilizing this technology to advance Aβ and tau as blood-based biomarkers for AD requires further validation.

The future of AD diagnosis will likely be a multifaceted approach involving a neuropsychological evaluation, biomarker testing, and genetic testing to account for the several pathologies that may result in AD. The neuropsychological evaluation has been a clinical tool for decades to assess for AD. Traditional tests for AD include brain imaging and CSF biomarker testing, but these have logistical and cost issues. Although APOE genetic testing is available, medical society practice guidelines recommend testing be performed under the care of a physician and should not be interpreted in isolation as a predictor for AD. The scientific community is putting a tremendous effort into researching informative blood biomarkers with clinical utility. The complexity of AD requires a multidisciplinary approach in order to implement accurate screening and testing protocols for those at risk.